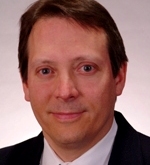 Keith Olivera cemented a victory for the defense in a recent claim. At 2:00 am a pedestrian who admitted to drinking four shots of tequila left a night club. A taxi driver said he saw the pedestrian and stopped, at which point she walked into the front of his vehicle and fell to the ground. The pedestrian said she was hit by the taxi. The pedestrian claimed multiple injuries, including a brain injury. The jury found the cab driver was not negligent.