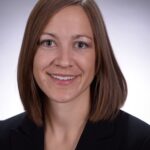 Monty Barnett and Rachel Ryckman recently obtained a victory in the Wyoming Supreme Court, which ruled in favor of their client in a high-profile defamation case that had achieved national publicity. The case was a free speech case that involved fundamental First Amendment principles. Specifically, Monty and Rachel represented a Wyoming state legislator who was sued by a former Wyoming Superintendent of Public Instruction. One of the statements was posted on the client’s campaign Facebook page, and the other statement was made during a political debate. Monty and Rachel obtained an Order dismissing the lawsuit at the trial court level, and the plaintiff appealed to the Wyoming Supreme Court. The Wyoming Supreme Court unanimously upheld and affirmed the dismissal, reaffirming the high bar that public figures must clear in order to maintain a defamation lawsuit.