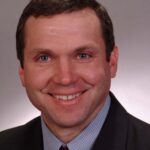 Matt Tills won three hearings in worker’s compensation. In the first case the claimant alleged a work injury occurred while chest-thumping a co-worker, which caused him to fall and shatter his elbow. The claim was denied alleging the horseplay defense, and the Administrative Law Judge agreed and denied the case.

In the second case the claimant alleged a work injury when she tripped over a curb while leaving to clock out of work on a Friday afternoon, and did not report the injury until the following Monday. Due to numerous red flags raising concerns about the credibility of the claimant, the claim was denied. The Administrative Law Judge agreed that the claimant was not credible and upheld the denial.

In the final case the claimant had severe work restrictions with a limited education and alleged he was permanently and totally disabled. However, the Administrative Law Judge believed the respondents provided enough evidence of potential work the Claimant could perform, and therefore he was capable of earning wages and the permanent total claim was denied.