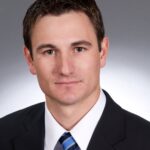 Grant Curry recently obtained summary judgment for White and Steele’s client, a component parts manufacturer, by successfully arguing that the claims were barred by the statute of limitations.  Plaintiff claimed that he was injured when he fell from a tank battery stairway severely injuring his back and incurring over $4,000,000.00 in damages.  Plaintiff initially filed a lawsuit naming the manufacturer of the stairway as the only defendant.  Plaintiff later filed an Amended Complaint claiming that our client designed the stairway and that the design was defective.  We argued that the statute of limitations prevented the plaintiff from doing so.  The Wyoming Federal Court agreed that the Amended Complaint was untimely and did not “relate back” to the original Complaint, that the statute of limitations was not tolled, and the case against our client was dismissed.